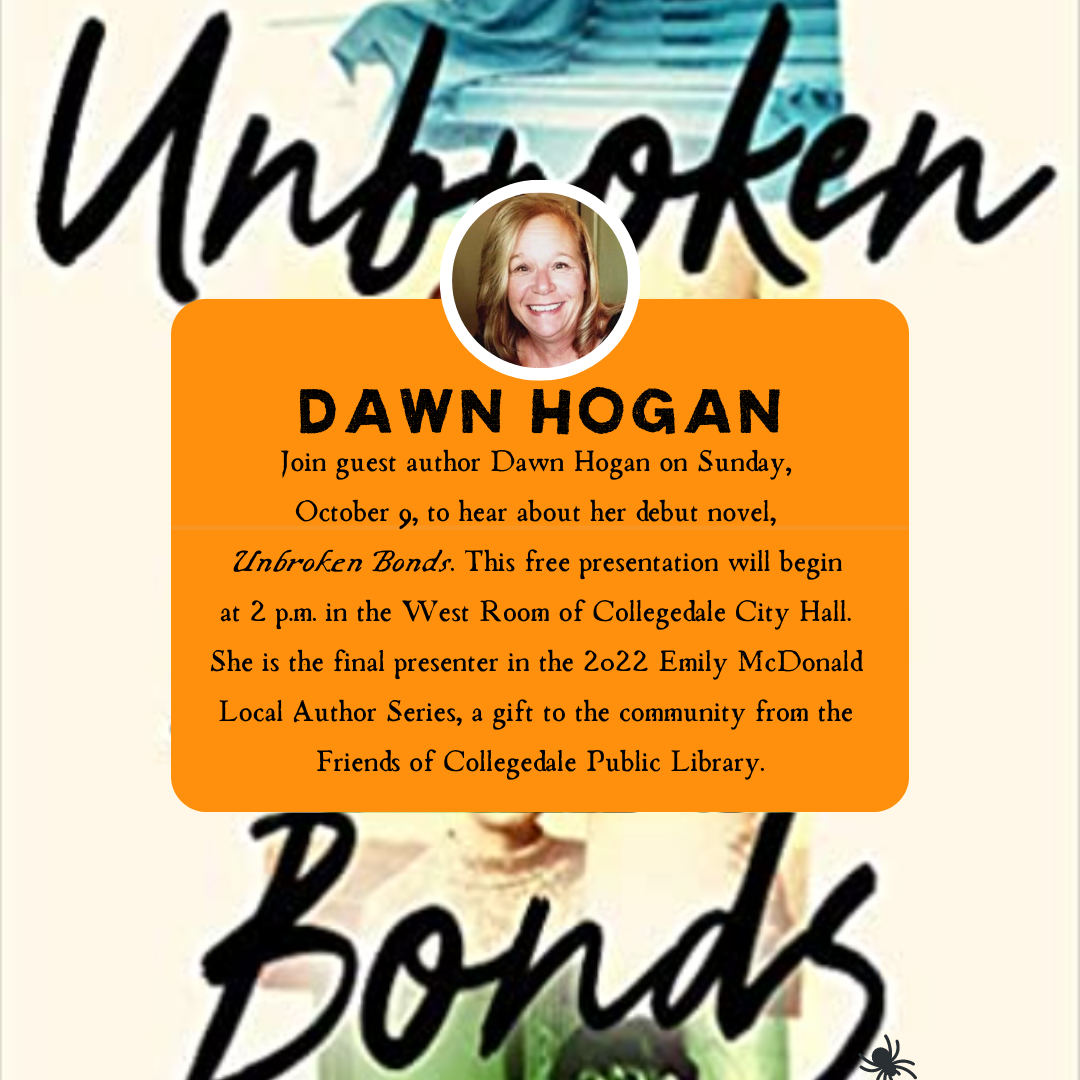 Join guest author Dawn Hogan on Sunday, October 9, to hear about her debut novel, Unbroken Bonds. This free presentation will begin at 2 p.m. in the West Room of Collegedale City Hall. She is the final presenter in the 2022 Emily McDonald Local Author Series, a gift to the community from the Friends of Collegedale Public Library.Hogan’s novel was inspired by the real-life experiences of four women who met in a Tennessee home for unwed mothers and became friends for life. In 1956, teenage girls are told that getting pregnant before marriage is the worst thing they can do. Joanna, Prissy, Jessie, and Mary are forced by their families into incarceration at the Frances Weston Home for Unwed Mothers in Knoxville. They endure a culture of shame and the soul-crushing tactics of nuns who coerce the teenagers into relinquishing their illegitimate babies. When tragedy strikes years later, these four women must decide whether to keep their past secret or to discover the fates of the children they were forced to give away.Hogan is a full-time author who lives in Huntsville, Ala., with her husband. She’s the mother of four grown children and a grandmother of two. She majored in English at the University of Alabama in Huntsville and has always been drawn to creative endeavors, from Lego collector kits to crafting and remodeling projects. For 15 years, she and her husband owned a creative photography business and chronicled more than 400 weddings.She discovered her interest and talent for researching historical fiction when a friend gave her unsealed State of Tennessee adoption records and asked Hogan to find her birth mother, which she did in a matter of weeks. The stories and statistics she uncovered during that process led her to this book project.